The written word is too valuable, meaningful, and powerful for poor speech communicated by poor penmanship. The written word is worth the cultivation of penmanship skill. People think that they do not have time to learn and improve their penmanship, but they are wrong. As many have noted my own penmanship, I'd like to give two recommendations for how to improve your penmanship in a practical way. Two curriculums that work, are fast, and whose scripts are eminently practical for modern users.

Both of these courses are simple, fast, and rapid to learn. Both are built on solid penmanship fundamentals. Both come with designs suited to the adult user. Both are practical scripts that function well in today's world with a multitude of writing instruments and surfaces. Both are cursive hands that retain a historical, traditional link to the work of past penmen while remaining practical for modern use. I consider this last point important, because while progress is progress, progress that divorces itself from the past forgets its roots and loses its soul, often to great detriment.

Why two? Because there are two meaningful traditions that ought to be considered, and that provide for the personal tastes of the writer. Both of these scripts share the following common themes that I believe a modern script must have:

However, they are both very different in their flavor, and suitable for different personalities.

My first recommendation, and probably the primary, would be SmithHand.

This is a hand that uses a relatively aggressive slant and natural "coloring" motion of the hand. It is based on four basic strokes and derives inspiration from the Spencerian penmanship of the past. It could be considered a modern "angular" derivation of Spencerian, versus the more "circular" approach of the Palmer method that superseded Spencerian in schools. It has the advantage of using very slim letters, which creates more space for words per line. The emphasis on the slim and somewhat elongated letter forms, rounded joins, and stronger slant creates a particularly elegant and mature look that belies its simplicity of execution and letter form. When the two curriculums here are viewed by various people, I inevitably receive more compliments on the beauty of SmithHand entries versus the other method here. When using the wrist to aid in writing with a sloping, graceful gate, it is extremely comfortable to write.

The curriculum consists of 10 easy lessons, a practical numeral script, and two varieties of capitals to suit the situation (formal vs. informal). The lesson themselves are progressive, linear, and designed to help build a strong muscular foundation as you progress through the program. It's a minimalist, elegant, no-fluff approach that works. The letters are learned at a slightly enlarged 1cm line height to accentuate correct letter formation, and then the forms are retained while naturally adapting to a smaller line height, like college rulings. Once scaled down, the letter forms are intended to retain the slim spirit, but will not have the exact same proportions of the larger practice forms. The motion that you learn is what helps to guide the correct formation and elegant consistency of the vertical stroke and caps that leads to the elegant look of the hand.

If the slim, compressed, slanted script of SmithHand may not appeal to some people who prefer a rounder, more circular script. In particular, SmithHand may feel too formal and mature for some people. It may also not suit people who are unwilling to write with finer tipped pens, but who want to write with very thick lines at small line-heights, as SmithHand is best written with finer points relative to the line height.

(Note: I prefer to suggest finer tipped points to all people who are writing, rather than bold, heavy writers. There are gel, rollerball, ballpoint, and fountain pens available to suit your needs in fine tips, with a variety of feel, and I do not find that bold tips benefit a writer in any meaningful way most times.)

For those so inclined, New American Cursive represents a continued evolution of the Palmer tradition of monoline penmanship. From Palmer and Zaner-Bloser came a number of alternatives. New American Cursive continues that basic tradition, but simplifies the strokes further, while retaining the classic stylings. Instead of a more aggressive slant and slim, elongated letters with rounded caps, NAC emphasizes squared, circular proportions with a "natural" slant more gently leaning to the right. It mixes a combination of formal and informal capitals into a single capital vocabulary (SmithHand retains a formal T and F, albeit more quickly written, whereas NAC drops the traditional T and F for italic equivalents; on the other hand, SmithHand removes the traditional lowercase b in favor of something closer to an italic b, whereas NAC retains the b with a squatter proportion than traditionally used).

There is a book designed for adults that is a fun, relaxing read. It contains more discussion of the history of penmanship and is less minimalist and "to the point" than SmithHand. Its extremely circular, slightly slanted approach creates a more bubbly, less mature looking script, but one that also has less formality to it. It relies on the smooth nature of circular scripts to achieve good writing speed. Because of the wider proportions, it allows for a very small line height to be used while retaining legibility with relatively thick pointed pens. However, that same proportion means that it is not as efficient at words per line compared to SmithHand.

In short, if you like more informal, bubbly, circular styles, then New American Cursive is excellent. If you prefer a more formal, slanted, elegant hand, SmithHand is an extremely efficient and to the point method of getting one. Another way of putting this is that SmithHand has a more masculine character in its writing, while New American Cursive retains a more feminine quality, while both are efficient and practical. I can recommend either one to anyone who wants to quickly improve their handwriting, but in the end, you need to diligently commit yourself to improving your muscle memory by actually working at it (I recommend cold Turkey). While I use the masculine and feminine terms here, I feel it necessary to reiterate in this climate, that either one would work just as well for men or women, but it simply depends on your sense of style and which you would prefer. I will say that more people have complimented me more and regarded my SmithHand writing as more interesting and desirable than have those who have seen my NAC writing, but that all depends on you.

Get out there and learn to write beautifully. That is all. 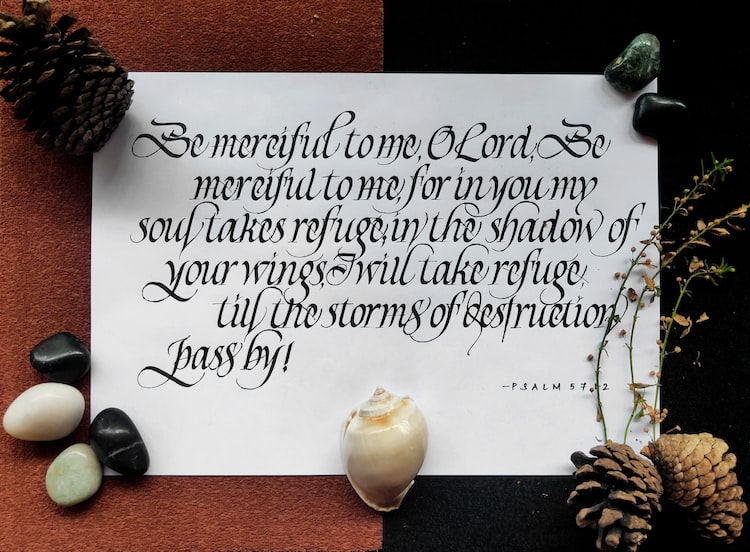 If some of my handwritten blog entries seem to be written with a different pen and a different style, it's
May 12, 2020
2 min read
Feb
24

Above, handwritten versions of this entry. I think many people may not be aware of a remarkable technique in practical
Jul 27, 2013
1 min read